Death of a Family

You may have heard tons of times that gambling is a bad habit. You see, the thing with gambling is that it does not become a habit. It eventually becomes an addiction and behaves as any kind of addiction would act as! It consumes you and it is the only thing that you start living for. Now, the problem with such an existence is that you would simply do anything to keep fueling your addiction no matter how bad it is for your own good; or the good of others around you. An addiction is something where you are completely in the grips of the so-called habit and it controls you entirely. Gambling has all the qualities of being an addiction and quite a bad one as can be understood from this story.

You have all heard of stories where gambling is shown in a bad light. Winning the million-dollar jackpot is a rare occurrence and all the other gambling stories have a sad ending. It talks of families that ended badly and the could-be business empires that crumbled. Other stories led to broken marriages or where the gambler was left with nothing but mountains of debts! However, the following story that you are going to read about is just painfully sad. It is the story of a family, and how one man's addiction ended everything.

How it all began

Let’s say this is the story of Junaid. Junaid used to live in Michigan, and his story is one of the most tragic stories about gambling that you may ever come across. Junaid was the owner of a big printing company. He has a lovely wife and three wonderful children- a happy family. Junaid had all the happy things in the world that anybody could ask for.

Gambling came knocking at Junaid’s door pretty suddenly. It always comes about like that. just an initial pastime to ward off stress, or just to have a little bit of fun in the slot machines. The start is always an innocent experience. It is only after the hit comes that one really gets involved in gambling. It was the same for Junaid. He wasn't a gambler. He was a hardworking businessman with a family to care for. However, he got introduced into the world of gambling and soon enough, got sucked into it.
It took him two years to reach towering debts in the world of gambling. Las Vegas and Atlantic City, two of the world's biggest arenas for gambling, was frequently visited by Junaid over these two years. He would go to either of the two places with large sums of money to gamble them away.

It always happens with gambling that you never know when to give up. If you are winning, you get joy from the dopamine released in your brain and you start thinking you are on a streak. If you are losing, you think that you just have to get out of the losing streak and make that one shot where you win all your money back. It is an endless cycle till you do not have any money you can spend on gambling. The same thing kept happening with Junaid. He never knew when to stop. He would spend till the last bits of money that he had brought to the trip, even get some more money to gamble away at times!

And it's getting worse

This extensive gambling habit of Junaid had already cost him $60,000 as credit card debt. His well-to-do company was also sinking under debt because he kept borrowing money. It got so bad that at one time, his company was under a debt of $500,000! Las Vegas and Rich Palm Casino had drawn every possible thing from Junaid by the end of two years.
The end to all this came as suddenly as the gambling habit had come to Junaid. In one of his trips Junaid had lost all that he carried, desperate to gamble more, desperate for more than one shot where he wins all his money back, he asked the company to deposit $85,000 to a bank account.

His company did oblige to his ridiculous request but the bank did not comply. A few days after this incident, on a fateful November night, Junaid returned from another gambling spree. That night, he suffocated his infant children, two daughters, and a son to death. Once his children were out of the way he moved on to shoot his wife and then he killed himself!

The murder-suicide was a big case and the police investigated it thoroughly. They had found casino markers totaling up to $225,000 that Junaid owed to different people. To top it all his company too was running at a debt of $500,000. All of these debts were too big and claustrophobic for Junaid to handle and he took his own life. And while doing so, he killed his entire family. Yes, the villain in this story is Junaid's crippling gambling addiction, and the victim is Junaid and his innocent family! Is this story not enough? Then watch more. 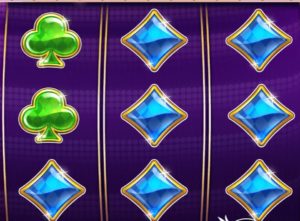 Pragmatic Play is the developer of this game called Triple Jokers slot machine. You will love this game for its thrilling experience, colors, and classic theme 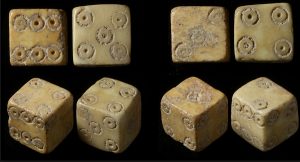 The ancient games of gambling

Gambling, as we know today, isn’t a concept that has emerged of late in the world 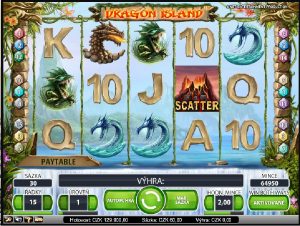 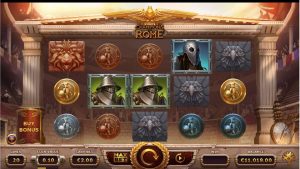 Champions of Rome slot machine, a creation by Yggdrasil Gaming, offers decent gameplay with outstanding features. Players are going to find it engaging

All the Casinos promoted on SlotsHub.co.uk are regulated by UK Gambling Commission. The responsibility of the UK gambling commision is: to make sure no crime is involved in any part (player or online casino) of the gaming process, to make sure no children will register or play in the online casino. That is the reason why all casinos are obliged to ask for your ID

Please be aware that gambling can lead to addiction. If you have any suspicion that you or any person close to you might need some help, contact www.begambleaware.org